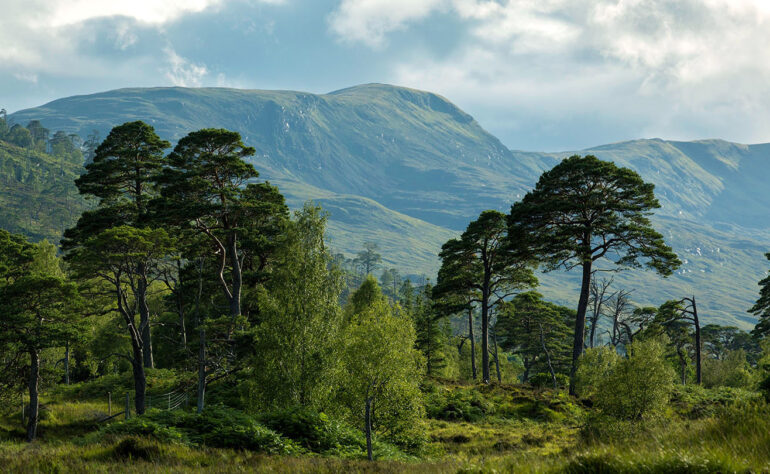 As royal assent is given to the Environment Act, which is intended to protect and enhance our environment for future generations, we explore the implications of the legislation on harmful practices in the uplands and highlight opportunities for new income streams for land-based climate solutions.

Campaigners fought hard for the government to include a target to halt species decline by 2030. The UK becoming the first country on the planet with a legal target to halt wildlife decline within a decade is a world-leading innovation and testament to the huge public and parliamentary demand to improve the state of nature.

There is no pathway to achieve the biodiversity target set out in the Environment Act without changing how we manage land. Conventional land use in the uplands, led by the grouse shooting industry, is a major driver of biodiversity loss. Not only is this a consequence of wildlife crime, but the intensive programme of burning and draining which is built into grouse moor management. To give one example, the breeding population of Twite has fallen by 75% between 1999 and 2013 as a result of the loss of tall heather which is slashed and burned to provide younger, more nutritious vegetation for grouse being reared for shooting to eat.

By contrast, restoring land for nature, carbon capture and people can help reverse species declines and provide solutions to help mitigate the worst effects of climate change. It is clear that land use transformation in the uplands is entwined with halting the decline of biodiversity by 2030.

Over the course of the bill’s passage, the act was strengthened so that a 10% biodiversity net gain requirement on developers would extend to nationally-significant infrastructure projects, such as major energy developments.

Although they take slightly different approaches and rely on moderately different assumptions, biodiversity net gain can provide a new income stream for alternative land management in a similar way to carbon offsetting. If a landowner agrees to forgo aggressive management practices on a certain tract of land in perpetuity, it can receive a financial return from a developer to drive up biodiversity. The landowner can generate cold, hard cash: the business can meet its regulatory mandate.

There are now few who are sceptical that land-based climate solutions can boost biodiversity and carbon storage, as well as provide a wider portfolio of public goods such as natural flood management and improved water quality. With a top trio of land consultancies—Knight Frank, Savills and Galbraith—recognising that the old appetite for upland estates is being replaced by a new, climate-conscious type of landowner, it is clear the provision for biodiversity net gain sets this positive trend up to continue.

This might be, for example, an agreement to conserve and restore peatlands, or to refrain from using certain ecologically-damaging practices such as heather burning. In light of the growing public interest in managing the uplands for nature, carbon storage and people, there is a strong argument for local authorities to use these new powers under the Environment Act to drive conservation and restoration of the uplands.

There are signals here

There is an enormous opportunity to leverage land-based climate solutions which boost biodiversity and reduce environmental impacts. And in the long-term, these investments in protecting and restoring land have the capacity to unlock new technology, more revenue and greater potential land systems change.

Now is the time to begin managing climate risks, and do so in a way that will ensure a transition to a sustainable, secure and just land management system. Wild Moors stands ready to assist companies, communities and governments with transforming Britain’s uplands for nature, climate and people.