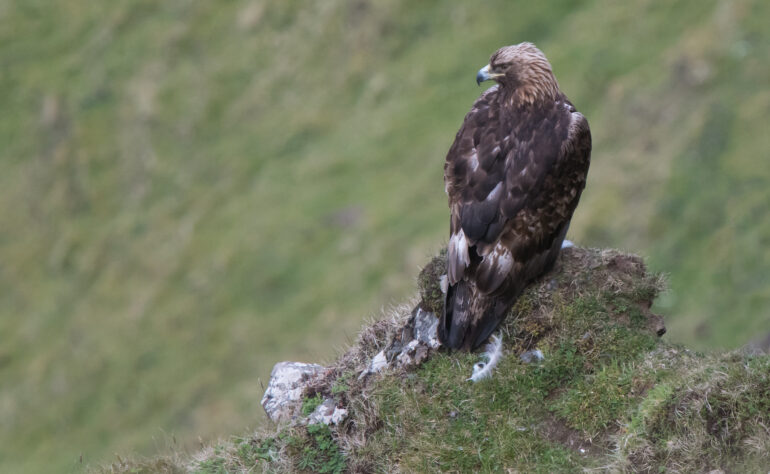 Attacks on protected birds of prey rose last year to the highest level since records began 30 years ago, with almost two thirds linked to gamebird shooting, according to a new report published by the RSPB.

The charity’s annual Birdcrime report revealed that there were 137 confirmed incidents of bird of prey persecution in the UK last year, almost double the 86 in 2019.

At least 85 (62 per cent) of all confirmed incidents were on or near land managed for or connected with shooting game birds for sport.


A price tag on their heads

Grouse are reared on moorland estates by intensively controlling their environment with heather burning, killing natural predators and non-therapeutic use of medicated grit to artificially increase the stock of birds available for shooting. These harmful practices can result in grouse reaching up to 200-500 birds per square kilometre (which is up to 100 times the natural density).

When a price is put on their heads, grouse reared for shooting can fetch up to £3,750 – 5500 per pair, so the presence of birds of prey on a moorland can result in shooting operations losing a considerable amount of money.

During one field study it was found that, in two years, hen harriers alone killed around 30% of adult grouse during the winter and a further 30% the following summer. In addition, raptors took approximately 40% of all grouse chicks.

By virtue of this paradigm, wildlife crime in the uplands forms part of a deliberate and calculated programme to illegally remove protected species for the purpose of eliciting financial gain. Most people would no doubt agree that profit will never justify the cruelty of killing birds of prey.

If we are to tackle wildlife crime then we must face the facts: bird of prey persecution on grouse moors is nothing new — the RSPB has been documenting it for three decades, but it’s been going on for over a century. In 1881 Victorian naturalists William Clarke and William Roebuck observed that “they [the moors] afford little variety in their fauna. The high moors are inhabited by grouse more strictly protected here than elsewhere.”

Worryingly, wildlife crime presents a major threat to biodiversity and the effects of illegal persecution on raptor populations in the uplands are profound. Expert evidence reports, prepared by the Yorkshire Dales National Park, Nidderdale AONB, RSPB and Natural England, identify disturbance and killing on grouse moors as suppressing breeding raptors across the uplands of northern England.

Despite the law having made harming a bird of prey illegal for nearly 70 years this criminal cruelty persists to this day because the existing rules are largely ineffective, unenforceable and outdated. In truth, the solution here is not enforcement, it’s policy change.


Scotland steps up to the mark

The Scottish government has shown that tackling wildlife crime and environmental damage in the uplands is possible.

In September, it committed to bringing legislation this Parliamentary term to license grouse moors. This will give the authorities new powers to provide penalties for shoot operators implicated in wildlife crime, and place restrictions on burning on peatland, snaring and trapping of natural predators and the non-therapeutic use of medicated grit to artificially drive up grouse numbers for shooting.

But England and Wales risk falling behind unless action is urgently taken to match or exceed the commitments made north of the border. These nations can and should follow Scotland’s example.

The world is fast moving in a direction where restoring land for nature and people is at the forefront of tackling climate change and biodiversity loss. Wild Moors will continue to press the Environment Ministers in England and Wales to support the transition to more environmentally and economically productive uses of land.