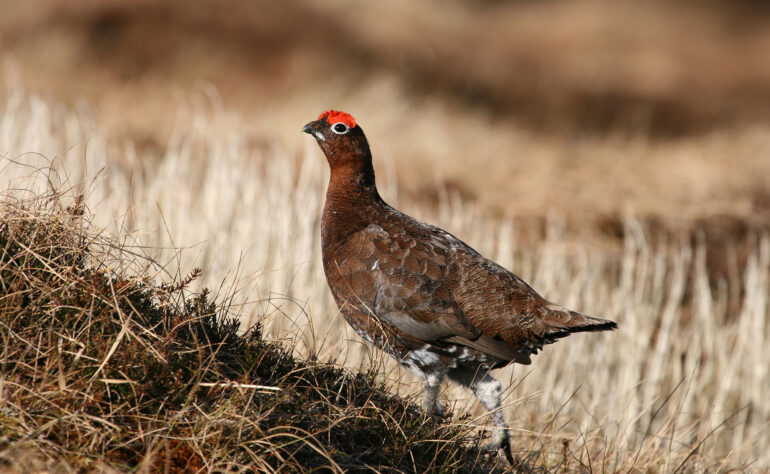 Wild Moors has long supported the licensing of grouse moors to provide an effective legal instrument for addressing intensive management of the uplands which is performed to the detriment of wildlife, ecology and the climate.

The new regulations will provide penalties for grouse moors implicated in wildlife crime and restrictions on burning on peatland, snaring and trapping of natural predators and the non-therapeutic use of medicated grit to drive up grouse numbers for shooting.

In its programme for government announced this week, the Scottish Government said:

“The evidence is clear that urgent action is needed to tackle wildlife crime and to address the environmental impacts of intensive grouse moor management. We will support the transition to more economically and environmentally productive uses of land where appropriate.

“Licensing or further regulation will cover the key areas identified in the review, including muirburn, wildlife control, the use of medicated grit and wildlife crime. Licensing will be supported by clear penalties to encourage compliance, as well as additional effort to detect wildlife crime.

As the Scottish Government announces its plans to transition to more environmentally and economically productive land use calls for the English and Welsh governments to follow on have intensified.

In both nations around 190 grouse moors remain uncovered by robust regulation, leading to fears that environment and wildlife protection rules will lag behind those north of the border unless standards are leveled out.

Whilst England has taken steps to outlaw burning on blanket bog, hundreds of fires continue to be set on shallow peat by grouse moors each autumn to cultivate younger, more nutritious heather shoots for game birds to eat. This is despite degraded, shallow peatland needing to be restored to its healthier, deeper state.

Meanwhile in Wales no action has been taken to address grouse moor burning.

Across the board the illegal persecution of birds of prey continues to threaten biodiversity, with concerns also held by campaigners surrounding the use of traps and snares to target wildlife and the non-therapeutic dosing of grouse with medicated grit to drive up numbers.

“The world is fast moving in a direction where restoring land for nature and people is at the forefront of tackling climate change and biodiversity loss.

“Wild Moors is calling on the English and Welsh governments to match Scotland by introducing legislation to transition away from intensive grouse moors and towards a climate-conscious, wildlife-friendly and sustainable uplands.”