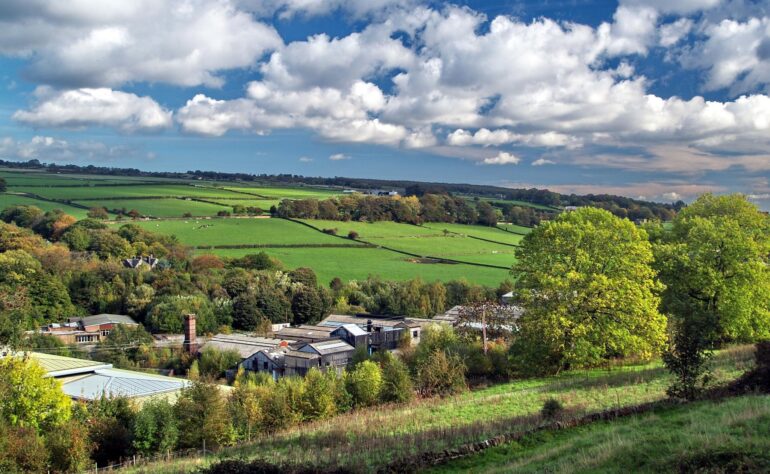 Heather burning on the grouse moors above Sheffield has sparked an outpour of complaints from city residents over the impact of smoke on air quality.

At least 30 large fires have been set on the Sheffield moors by sporting estates in the past week to cultivate younger, more nutritious heather for grouse being reared for shooting to eat.

On Monday the burning resulted in communities downwind in the Loxley Valley being smoked out by severe pollution. Disgruntled residents took to social media to voice their disapproval, with one local asking “when is this environmental vandalism going to be stopped?”. Another questioned whether the burning had got out of control, saying that they had “never seen [it] this bad”.

Luke Steele, Executive Director of Wild Moors, which has been monitoring burning on the Sheffield moors, said:

“Since Thursday, at least 30 fires have been started by grouse moors on carbon-rich peatlands above Sheffield. Many of these large fires have resulted in communities downwind being smoked out by pollution, depriving citizens of the basic human right to be able to breathe clean air.

“It’s illogical to keep this outdated, intensive and environmentally-destructive practice afloat for the sake of a cohort of unscrupulous grouse moors who can’t break their burning habit. That’s why we’re calling on the Government to introduce an immediate and complete ban on the burning of peatland.”

In recognition of the environmental damage caused by burning the Government introduced a partial ban on the practice in May acknowledging that “burning is damaging to peatland formation” and “makes it more difficult or impossible to restore these habitats to their natural state”.

However, Wild Moors is warning that many of Sheffield’s moors are exempt from the new rules because they are located on degraded shallow peat, not blanket bog, despite urgently needing to be restored to a healthier, deeper state.

The Climate Change Committee advised the Government in June to “extend the ban on rotational burning of peat from certain protected upland bog sites to all peatland before the start of the burning season in 2021”, however this has not been done.

“Had the Climate Change Committee’s recommendation of a complete ban on burning been implemented then the fires on the grouse moors above Sheffield would have been illegal. To this effect, every fire set this burning season signals the Government’s failure to protect communities and the region’s carbon-rich peatlands from damage.

“With grouse moor burning set to continue until mid-April it’s never been so important for the government to introduce an immediate and outright ban on this archaic, intensive and environmentally-destructive practice.”