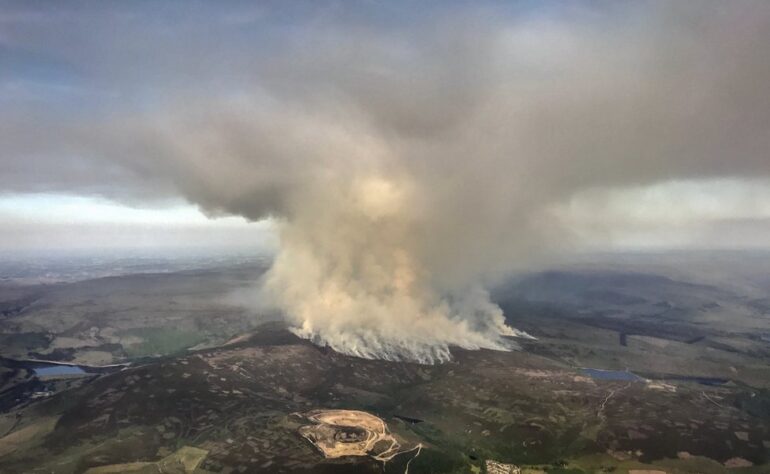 The nature protection agency’s plea follows publication of a key report detailing how wet bogs helped to stop the spread of a major wildfire in 2018 on the moors above Saddleworth, on the northern tip of the Peak District.

Researchers from Natural England examined evidence surrounding the wildfire and concluded that it broke out on a moorland intensively managed for grouse shooting. After burning for five days, the inferno was only stopped when it reached rewetted peat bogs on a neighbouring conservation moor.

“Whilst not all wildfires break out on grouse moors the tinderbox conditions provided by dried out and damaged peatlands on land managed for the practice allows for infernos to easily take hold and spread. When healthy, wet peat bogs prevent wildfires because when flames hit them they act like a match being thrown into a full sink.

“We urgently need landscape-scale regeneration of peatlands to help migrate moorlands from a combustible tinderbox to a healthy, waterlogged and fire-resilient state.”

Today, only 4% of England’s upland deep peatlands are in good ecological condition and actively forming peat.  Even across our protected wildlife areas, only 14% of blanket bog Sites of Special Scientific Interest in England are considered by Natural England to be in favourable condition