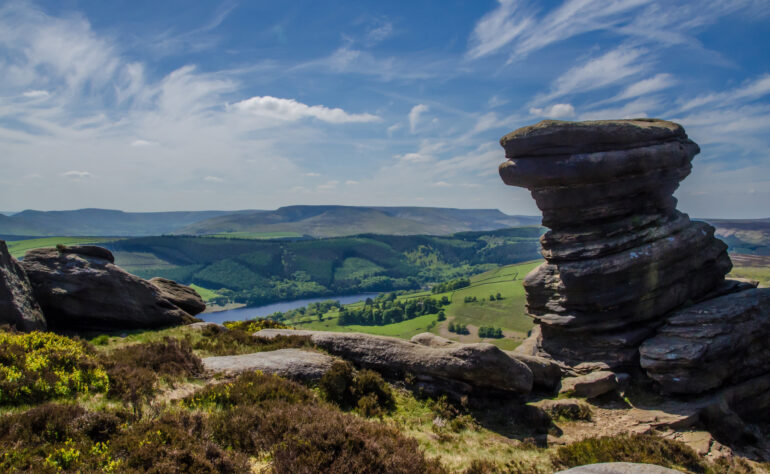 The National Trust is set to consider the future of grouse shooting on its moors in the Peak District National Park.

It was announced in a statement to Wild Moors that land management will be scrutinised in preparation for the next stage of its High Peak Moors Vision in 2023. This will draw up fresh plans to secure a full range of wildlife, restore nature and mitigate climate change across the uplands of Kinder Scout, Edale and the High Peak.

If a decision to end grouse shooting is reached then the National Trust will unlock 13% of the Peak District for nature conservation.

“The world is fast moving in a direction where restoring land for nature, carbon capture and people is at the forefront of tackling climate change and biodiversity loss. By seeking out new avenues to regenerate wildlife and habitats across the Peak District, the National Trust has a clear opportunity to ensure its moorland management practices are fit for the future.

“Sadly, for many years the National Trust’s vision for wilder moors has been undermined by a minority who do not share its desire to conserve nature. Birds of prey have been illegally poisoned, shot and trapped, depriving the Peak District of iconic wildlife and damaging the national park’s reputation. A decision to end grouse shooting would ensure the area can move forward without this considerable burden.”

The National Trust has long battled with the negative impacts of grouse moor management on wildlife and habitats on its land.

Whilst it has adopted a position against heather burning on peatland, a damaging practice used to produce younger, more nutritious shoots for grouse to eat, illegal bird of prey persecution has persisted for over a decade.

A young buzzard was found shot in a paddock bordering onto Leygatehead Moor in September 2020 and, in May the same year, a peregrine falcon was found poisoned on its land in the Upper Derwent Valley.

This follows an earlier incident in 2016 where an armed man was filmed using a decoy hen harrier to seemingly draw in birds of prey to be killed. In that case, the National Trust terminated its shooting lease, but wildlife persecution has since continued.

As far back as 2010 a cage trap was filmed baited with a live pigeon to catch a sparrowhawk, again in the Upper Derwent Valley.

“It is clear that if the Peak District is to become wild enough to withstand the shocks of the biodiversity and climate crisis we need a step change and landowners must act. We look forward to working with the National Trust on its plans for nature-friendly moorland management.”