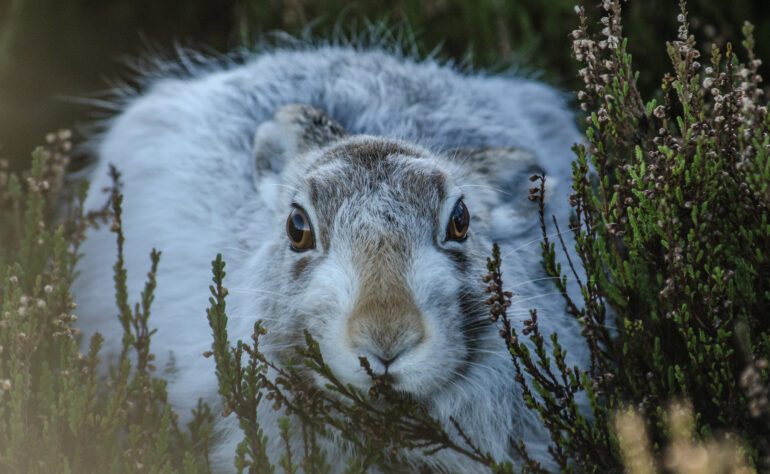 Landowners are being urged to end the killing of England’s only population of mountain hares which inhabit the moorlands of the Peak District National Park.

The Peak District National Park Authority has issued the plea following concerns that grouse moors are targeting hares in the belief that this helps protect game birds from disease, and ensures that there are more birds available to be shot for sport. However, the PDNPA said that the evidence to support culling is limited and by no means justifies lethal intervention.

A spokesperson for the Peak District National Park Authority said in a statement published on its website:

“Mountain Hares are one of the most iconic and best-loved species in the Peak District. Although (re)introduced they are widely regarded as a legitimate and highly valued part of the Peak District’s wildlife, being of conservation importance and contributing significantly to many people’s enjoyment of the National Park.

“We do not believe the deliberate killing of mountain hares in the Peak District National Park is justified, based on the limited evidence that doing so reduces either ticks or tick-borne infection (and in turn, improves grouse numbers). Whilst the National Park Authority cannot enforce against, or monitor incidents of mountain hare control, we urge landowners and managers to respect this iconic species of conservation concern within the National Park and not undertake culling.”

Wild Moors has welcomed the move, branding the targeting of mountain hares “brutal” and “inexplicable”, and is demanding an immediate ban on the killing.

The conservation organisation is asking the government to designate mountain hares a protected species, pointing to a similar move in Scotland in 2020 which made the routine killing of the species unlawful.

Whilst mountain hare culling in the Peak District is not believed to be on the same scale as it was in Scotland before 2020, the full extent is unknown because no official or independent records exist. But recent research by Manchester Metropolitan University has indicated that mountain hares may already be under threat from climate change, with wildlife campaigners fearing that culling is adding to that pressure.

“The continuing persecution of wildlife in the Peak District is outrageous. It’s a stain on its reputation as a nationally-protected landscape—in which wildlife, including the iconic and treasured population of mountain hares—is part and parcel of what makes the national park such an amazing place to be.

“It’s now time for the mountain hare to be awarded safety from harm by the government designating it a protected species under the Wildlife & Countryside Act. Scotland has already made this progressive move and until England follows on our wildlife protection laws will continue to fall short.”