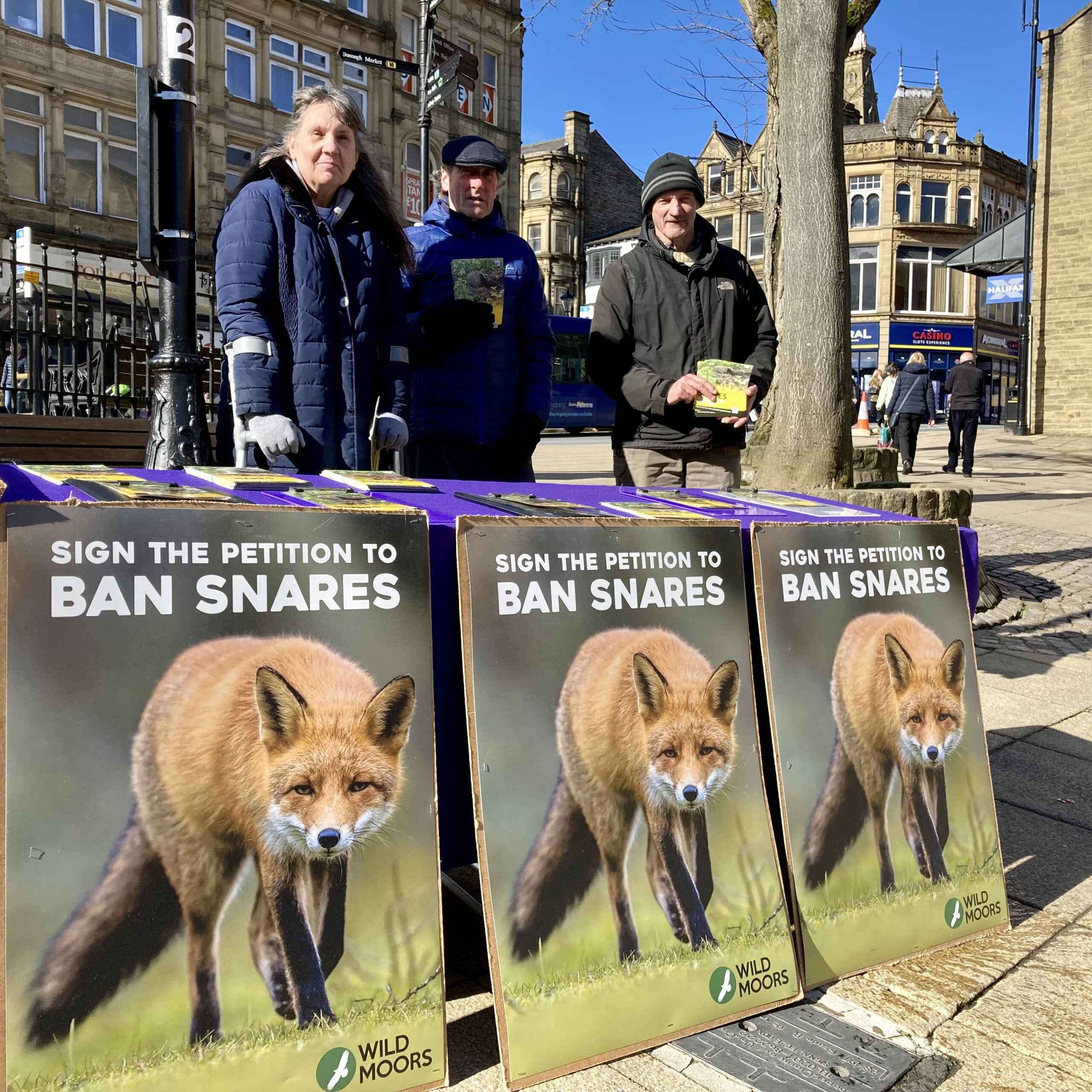 Campaigners from Wild Moors took to the streets of Halifax at the weekend to call on the government to ban the use of animal snares.

Volunteers from the wildlife protection organisation gathered at Woolshops, near the Duke of Wellington memorial, to urge the public to take action and sign Animal Aid’s petition to outlaw the cruel contraptions.

“We thank the caring people of Halifax for taking action to ask the government to protect wildlife from persecution by outlawing snares. Many people were shocked that not only is it legal to catch and kill wildlife in these cruel contraptions, but that this is happening on popular areas of moorland in Calderdale.

Snares are anchored loops of wire designed to catch foxes around the neck and restrain them until the operator comes to kill them. They are routinely used on grouse moors to stop natural predators from eating game birds being reared for sports shooting.

The use of snares on moorland in Calderdale has become increasingly controversial in recent years following a number of the deadly animal traps being discovered set near Ogden Water in 2019. And in 2020, walkers in the neighbouring Worth Valley found two distressed lambs snared around the neck, alongside a decomposing pile of animal carcasses left to entice hungry wildlife into the traps.

Animal welfare research by Defra has shown that snares cause immense suffering to wildlife which becomes entangled in them, with animals experiencing exhaustion, injuries and even death as they desperately attempt to escape.

According to the study, 75% of animals captured are not the target species, with badgers, hares and even pet cats and dogs being at risk from the indiscriminate devices.

“We have re-launched our government petition calling for a ban on the use of snares. If 100,000 people sign it, we stand the chance of getting a debate in parliament about this issue. It is estimated that more than a million animals, including foxes and badgers, are killed by these horrific devices every year.”

Photos of the campaigning day in Halifax are available to download here with full permission granted for republication.

Animal Aid is one of the world’s longest established animal rights groups and campaigns peacefully against all forms of animal abuse.