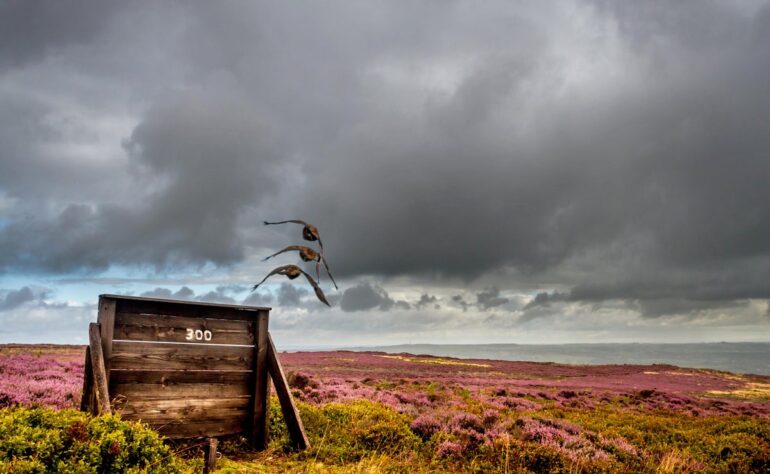 The Liberal Democrats have joined calls for grouse moors to be licensed to help end wildlife crime and drive sustainable land management in the uplands.

Its policy position comes as opposition parties increase pressure on the government to bring in greater regulation of grouse moors amid growing concern over their impact on nature, the climate and people.

In recent weeks hundreds of incidents have been reported of grouse moors burning on carbon-rich peatlands to provide younger, more nutritious heather for game birds to eat.

And despite birds of prey having been legally protected for more than sixty years, there have been fresh incidents coming to light of them being found shot and having disappeared under suspicious circumstances in areas where grouse shooting takes place.

“The Liberal Democrats support all movements towards sustainable land management to help us meet our environmental and climate change targets. The party absolutely does support grouse moor licensing.

“Currently, Liberal Democrats are not in favour of a ban on all driven grouse shooting, and believe that where it is conducted within the law it can offer benefits to rural communities, such as job creation, supporting local economies and farmers. However, we do believe reforms are needed to ensure that enough is being done to protect habitats and species.”

Concerns over the impact of grouse moors on nature and the environment has brought the UK’s opposition parties closer together to call for licensing of grouse estates across the country.

Last year the SNP announced a strict licensing scheme would be rolled out across Scotland, and the Labour Party has adopted a policy to support a similar measure in England.

Meanwhile, the Green Party has said that whilst it favours a grouse shooting ban it would, in the event of a vote, support any legislation which would result in the introduction of a licensing system.

The Environment Minister Rebecca Pow MP confirmed last month that she is carefully considering calls for the measure after a UN report commissioned by the government raised concerns about continued bird of prey persecution on shooting estates.

“For many grouse moors it would seem that damaging the environment and persecuting wildlife remains a price worth paying to produce large numbers of game birds for sports shooting. But these practices shouldn’t pay and shoots implicated in them should not be allowed to continue operating.

“We strongly welcome the Liberal Democrats joining the coalition of parties supporting grouse moor licensing. Now is the time to significantly reform the country’s ecologically-restrictive, outdated grouse moors to restore the full suite of wildlife and habitats to our uplands.”

See here to find out more about environmental damage and here for more about wildlife persecution on grouse moors.