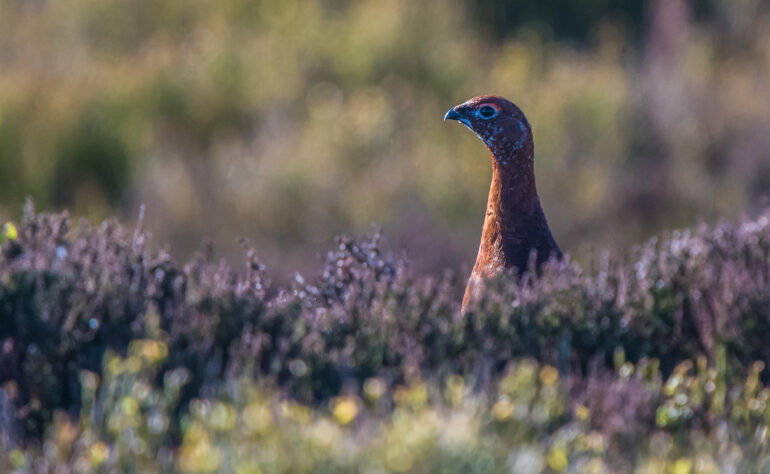 The Shooting Times broke the news this lunchtime in its annual forecast of grouse numbers published ahead of the shooting season opening two weeks from today.

Like the previous two shooting seasons, which were also largely cancelled, the grouse haven’t bred to the artificially high numbers required for the bloodsport.

Supporters and opponents of grouse shooting agree that poor breeding is as a result of unpredictable weather during the spring and summer. However, environmental campaigners have added that the writing is on the wall for grouse moors with climate change bringing more extremes of hot and cold weather meaning breeding will continue to be disrupted in years to come.

“Grouse moors are performing an intensive programme of heather burning, draining and wildlife persecution in a frantic attempt to drive game bird numbers up to levels where shooting can take place.

“The irony is that grouse moor management is causing carbon-rich peatlands to dry up leaving the environment and wildlife, including the humble grouse, increasingly vulnerable to climate change.

“With the world fast moving in a direction where restoring land for nature, carbon capture and people is at the forefront of solving climate change and biodiversity loss the writing is on the wall for outdated and destructive grouse moors. It’s time to head on a new path of restoring Britain’s uplands.”

There are early signs that new regulation aimed at curbing the environmental and animal welfare impacts of intensive management practices combined with the grouse drought is leading to grouse moors losing the appeal they once had.

In recent months, a trio of top land consultancies—Knight Frank, Savills and Galbraith—have announced that the old appetite for upland estates is being replaced by a new, climate-conscious type of landowner.

Instead of buying moors for grouse shooting, companies, communities and individuals are snapping up land that comes onto the market to rewild it and deliver natural capital. This can significantly boost job numbers and other opportunities while increasing action to restore nature and tackle climate breakdown, new research shows.

“If moorland estates are considering selling up or restoring land to deliver natural capital in light of the latest poor prospects for grouse shooting, we encourage them to reach out to have a conversation with us. Our message to those prepared to move with the times is simple: we’re happy to help you.”

Wild Moors works to unlock an area of moorland the size of Greater London from grouse shooting for restoration by 2030. By working with communities, governments and companies we ensure the conservation of upland wildlife and habitats.

Grouse shooting prospects for the 2019 and 2020 seasons which were largely cancelled.