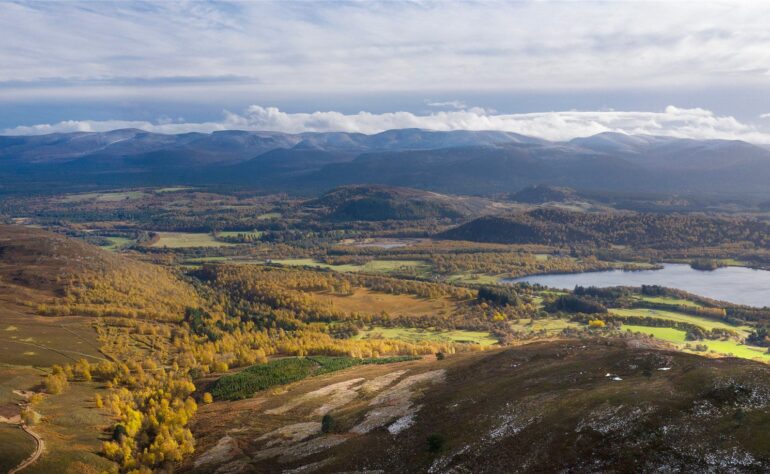 In spite of their huge potential to help revive the natural world the British uplands have had a lower profile than they deserve. This risks these important landscapes being left behind at a time when the world is fast moving in a direction where restoring land for nature and people is at the forefront of solving climate change and biodiversity loss.

Wild Moors is not taking up the task of fixing the entire world, but of stretching to mend the part that is within our reach. That is the hills, valleys, moors and mountains which together make up the British uplands. When healthy these spaces provide a home to a diversity of wildlife and plant-life, act as one of the nation’s largest carbon stores and provide clean water and protection from flooding for millions.

But through an intensive programme of burning, draining and wildlife persecution an area of uplands the size of Greater London has been converted into grouse moors and become severely degraded. In light of efforts to artificially drive up grouse numbers for shooting being reliant on unsustainable practices these carbon-rich habitats are drying up and wildlife and communities have been left increasingly vulnerable to climate change.

With the United Nations Decade on Ecosystem Restoration acting as a global rallying cry to protect our planet, there has never been a more urgent need to revive Britain’s damaged upland ecosystems than now. The UN Decade runs from 2021 through to 2030, which is the timeline scientists have identified as the last chance to prevent catastrophic climate change.

We need a step change. We must act.

By acting as a catalyst for regenerating the uplands Wild Moors aims to restore fully functioning ecosystems, made up of a dynamic mosaic of habitats, which are stewarded by active management working with natural processes. It is not only largely-absent species like eagles, pine martens and red squirrels which we aim to return to the uplands, but people too: there is a growing body of evidence demonstrating that rewilding can significantly boost job numbers to support individuals and families earning a sustainable living from the land.

Through our ambitious corporate programme Wild Moors has established a network of landowners embracing change by unlocking large sections of the uplands for restoration, a portfolio which we intend to grow as the country and its businesses set out to decarbonise.

What’s more, in recent months, a trio of top land consultancies—Knight Frank, Savills and Galbraith—have announced that appetite for moorland estates is being replaced by a new, climate-conscious and business-savvy type of landowner. Instead of buying them for grouse shooting, companies, communities, organisations and individuals are snapping up land that comes onto the market to rewild it and deliver natural capital.

But we recognise that markets are only part of the overall solution with governments also having an important role to play. The British government is at an advanced stage of transferring land subsidies from supporting activities that destroy nature to those which promote its restoration and release a flow of benefits to people from ecosystems. Wild Moors supports this effort to incubate a new economy based on nature-friendly land management.

The government can, however, go further by introducing robust regulation to restrict or, in some cases, prohibit altogether intensive grouse moor practices which degrade the uplands, release climate-altering gasses into the atmosphere and deplete wildlife and plantlife, as it has now started to do.

Wild Moors is working to unlock an area of uplands the size of Greater London from grouse shooting for restoration by 2030. By working with communities, companies and governments we will achieve that goal.