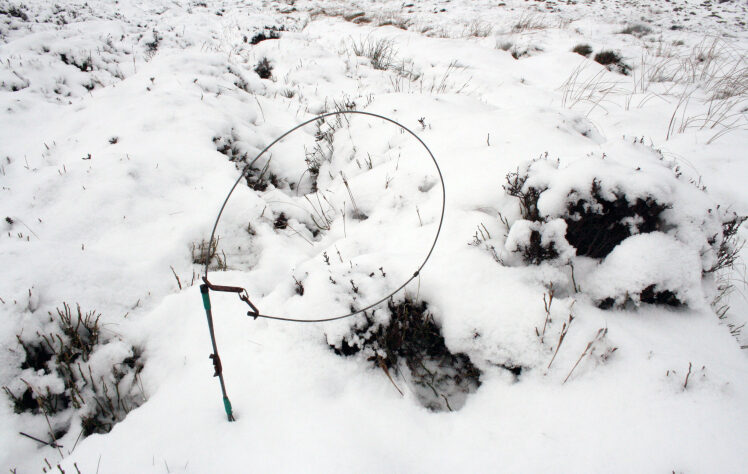 Walkers on some of the region’s most popular moorlands are being encouraged to report suspected wildlife persecution by a local conservation organisation.

The appeal from Wild Moors follows large numbers of wild animals being trapped, snared and shot on moorland leased for grouse shooting by Yorkshire Water. Gamekeepers on the utility company’s catchments have begun an annual drive to kill off wildlife which interferes with grouse shooting operations.

Scores of snares have been set targeting foxes on Stanbury Moor at Haworth – including in recent snow storms which risked captured animals freezing to death. The contraptions have been widely condemned by animal welfare organisations because of the risk of strangulation, wounding and death to wildlife.

This follows a tawny owl being shot dead on Wessenden Head and Digley Moor at Holmfirth in September. The bird of prey was discovered with shotgun wounds inflicted at close range, before being stuffed into a wall.

“Walkers are in a unique position to help protect wildlife on Yorkshire Water’s moors where suspected persecution is encountered. This may include finding injured animals in traps or snares, birds of prey which have been shot or individuals simply acting suspiciously.

“We urge those who visit Yorkshire Water’s moorland to familiarise themselves with the signs of wildlife persecution, then come forward with any suspected incidents. It’s a grim reality that wildlife is being wiped out by trap, snare and gun on some of the region’s most popular moorlands to boost red grouse numbers for shooting.”