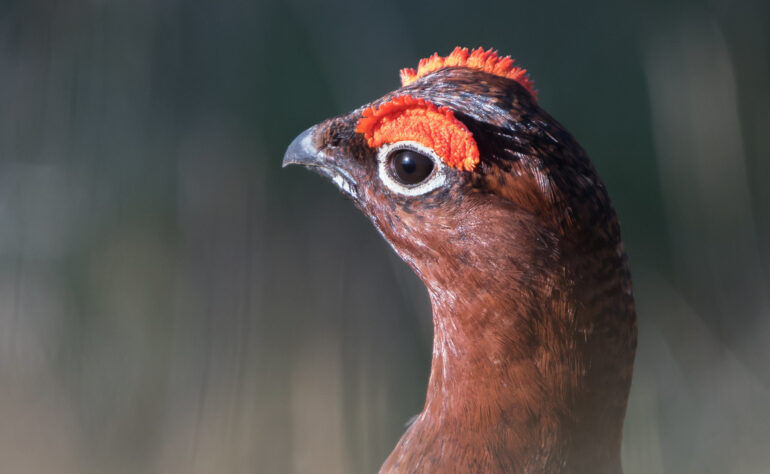 Grouse shooting on Ilkley Moor has officially come to an end, after Bradford Council’s controversial deed which formerly permitted the controversial practice expired at midnight.

The official end of grouse shooting on Ilkley Moor, the last municipal moorland in the UK where the practice was permitted, has been welcomed by campaigners after Bradford Council’s controversial deed formerly allowing the controversial practice expired at midnight.

Wild Moors has lobbied Bradford Council to end grouse shooting on the moor since its formation in May 2014. The group notes that over half of protected breeding bird species have declined or become locally extinct on Ilkley Moor, government figures collated by the RSPB Northern England office show.

It has urged for efforts to now be focused on reversing the wildlife crash, which has negatively impacted on the moor’s population of specialist species, including Merlin, Dunlin and Short Eared Owl, and restoring rare peatland habitat.

The decision to not renew the grouse shooting rights, which was made in January, holds strong cross-party support from the Bradford Labour, Liberal Democrat and Green groups, as well as the majority of Independent councillors. Some of the region’s most prominent Members of Parliament have also backed the move, including John Grogan (Ilkley & Keighley), Judith Cummins (Bradford South), Naz Shah (Bradford West) and Alex Sobel (Leeds North West).

Luke Steele, Director of Wild Moors, said: “Bradford Council’s decision to not renew grouse shooting rights for Ilkley Moor is to be commended in the highest terms. It reflects the urgent need to reverse wildlife decline, habitat degradation and public dismay which has overshadowed this treasured moorland since grouse shooting was introduced in 2008.

“We thank all of those who have relentlessly pursued an end to grouse shooting on Ilkley Moor – the strong cross-party representation of Parish and District Councillors, regional MPs including John Grogan, Judith Cummins, Naz Shah and Alex Sobel, visitors to the moor and conservation groups. This is as much a victory for them as it is for the precious wildlife and habitat. Our efforts will now turn to reversing the terrible legacy of grouse shooting on the moor in pursuit of a first-class asset for the region, which promotes wildlife biodiversity, education, leisure and the local economy.”

Councillor Alex Ross-Shaw, Portfolio Holder for Regeneration, Planning and Transport, said in a statement from Bradford Council: “The lease for the Bingley Moor Partnership to grant shooting rights on Ilkley Moor expires in April 2018 and Bradford Labour Group were not supportive of its renewal.

“Our new Ilkley Moor Management Plan sets out our approach to management of the moor regardless of whether or not grouse shooting takes place on the moor. Our focus is now on implementing the objectives of the plan to manage the heathland, increase tree coverage in appropriate areas, restore peat and blanket bog and reduce flood risk for the surrounding areas.”

Bradford Council was the last local authority in the UK to allow grouse shooting to take place on public moorland. Others, including the Peak District National Park Authority and Sheffield Council, also prohibit the practice on their upland estates, having previously allowed it, and now maintain the land using other methods.  During a recent consultation on the future management of Ilkley Moor, the largest number of submissions received by the local authority on any single topic urged an end to grouse shooting.