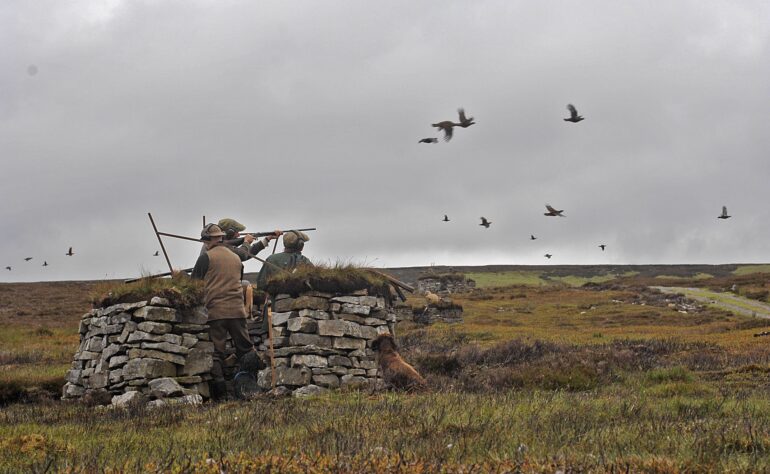 Bradford Councillors are being urged to end grouse shooting on Ilkley Moor, following the final season in its controversial deed closing over the weekend.

Bradford Council is being urged to end grouse shooting on Yorkshire’s iconic beauty spot Ilkley Moor as the final season in its controversial licence came to a close over the weekend. The call comes as Wild Moors, which is lobbying for an end to the practice, releases fresh evidence of damage to rare blanket bog on access routes around shooting butts (photographs available here, here and here).

Damage to habitat through grouse shooting is the main driver behind over half of protected breeding bird species having declined or become locally extinct on Ilkley Moor. The wildlife crash, which has negatively impacted on the moor’s population of specialist species, including Merlin, Dunlin and Short Eared Owl, could result in the loss of the site’s conservation designations if declines continue.

Luke Steele, Director of Wild Moors, said: “The past decade of grouse shooting on Ilkley Moor has proven a conservation calamity, with over half of specialist breeding bird species declining or becoming extinct and damage inflicted on rare peatland habitat. Bradford Council has the opportunity to finally put this scandal to bed by not renewing its grouse shooting licence now the final season has come to an end.

“Sheffield, Renfrewshire, Inverclyde, North Ayrshire Councils and Peak District National Park Authority have each ceased grouse shooting on their upland estates and set successful precedents for Bradford  – the last local authority in the UK to allow the practice – to follow. There is strong local public and political support for this endeavour, which will mark a fresh start for Ilkley Moor.”

The Council is expected to announce its decision on whether or not grouse shooting will be permitted to continue  in January 2018.