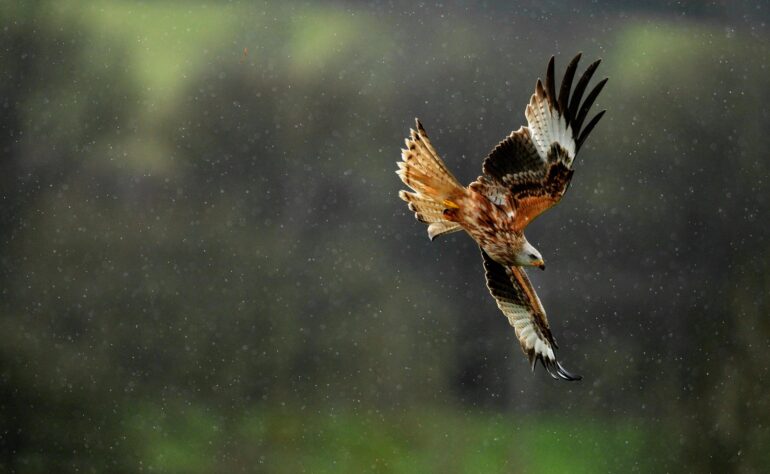 Wild animal welfare is to be reformed on northern England’s grouse moors under new policies announced by the government today.

Campaigners for grouse moor reform have welcomed today’s publication of the Department for Environment, Food & Rural Affairs Action Plan for Animal Welfare, which includes a package of measures which will strengthen the protection of wildlife in the uplands of northern England.

The underpinning of the animal welfare reform with legal recognition that animals are sentient beings is an important step in ensuring wild animals are given proper protections.

Under the plan the vulnerable population of mountain hares which are resident in the Peak District National Park will be granted full protection for the first time. This will end the routine targeting and killing of the iconic species, which has suffered decades of decline as a result of persecution on grouse moors.

Legislation surrounding bird of prey persecution and the snaring of foxes and other animals will also be reviewed to ensure it is fit for purpose.

“England’s grouse moors are woefully under-regulated so we strongly welcome the policies announced today, which would give stronger legal protections to wild animals across the uplands.

“Grouse moors continue to be implicated in a wave of wildlife crime where birds of prey are being illegally shot, poisoned and trapped to drive up populations of game birds for the guns. Existing legislation fails to provide the police and regulators with the robust powers needed to get a grip on the problem.”

The illegal persecution of birds of prey on moorland managed for grouse shooting remains a serious problem more than sixty years are laws were passed to give species such as hen harriers, red kites, buzzards and goshawk protection. The National Wildlife Crime Unit has subsequently briefed law enforcement agencies that “intelligence continues to indicate a strong association between raptor persecution and grouse moor management”.

In one incident captured on camera last May, a masked man was covertly filmed by Wild Moors trapping and killing a rare goshawk on a grouse moor in the North York Moors National Park. Other incidents have included two buzzards having been lured in with a captive owl and shot in the Yorkshire Dales and a buzzard found shot on in the Peak District.

Law enforcement agencies find it near-impossible to investigate and secure prosecutions for bird of prey persecution due to the isolated locations where wildlife is targeted, an absence of witnesses and the sophisticated nature of how these wildlife crimes are committed.

Scotland is introducing the mandatory licensing of grouse moors in an attempt to shut down the wave of wildlife crime sweeping across the uplands, with pressure growing for England to now commit to doing the same.

“Ultimately grouse moor licensing is needed to ensure that shooting estates where birds of prey and other wildlife is illegally targeted and killed can be closed down. The review of wildlife crime laws announced in the Action Plan for Animal Welfare today is an acknowledgement that the status quo is neither acceptable nor working and we look forward to working with Defra on an effective solution.”