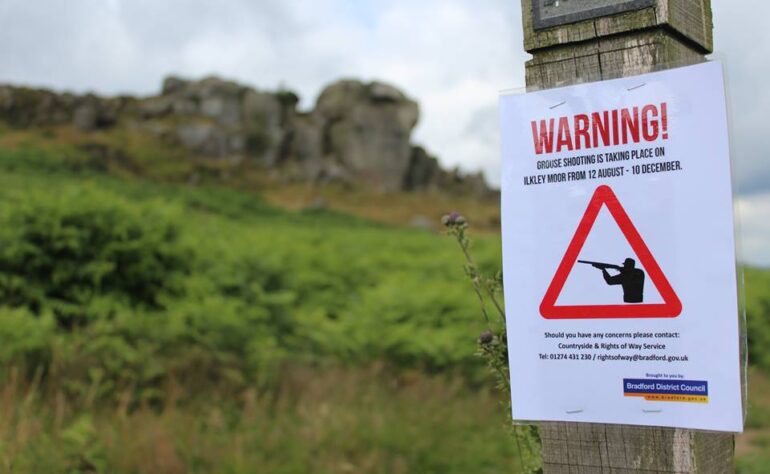 Over half of protected breeding bird species have declined or become locally extinct on Yorkshire’s iconic beauty spot Ilkley Moor, freshly emerged figures obtained from the RSPB Northern England Office show. The wildlife crash, which has negatively impacted on the moor’s population of specialist species, including Merlin, Dunlin and Short Eared Owl, could result in the loss of the site’s conservation designations if declines continue, Wild Moors has warned.

Wild Moors has written to Leader of Bradford Council Susan Hinchcliffe noting that populations of breeding birds have tanked on Ilkley Moor as a result of grouse shooting and related habitat-damaging management, and called on the local authority to end the blood sport on public land.

This latest controversy comes only weeks ahead of the ‘Glorious Twelfth’ of August, the traditional start of the grouse shooting season – the last to be held on Ilkley Moor under the present licence.

Peak District National Park Authority, Sheffield, Renfrewshire, Inverclyde and North Ayrshire Councils have ended grouse shooting on upland estates under their control, having previously permitted the practice. Bradford is now the last local authority in the UK to allow it.

“There is only one way to manage moorland for grouse shooting and that’s through burning away and damaging precious habitat, at the expense of our region’s wildlife. With over half of specialist breeding birds suffering decline or local extinction on Ilkley Moor, it is clear that Bradford Council’s licensing of grouse shooting has been a conservation calamity.

“It is high time Bradford Council reached the same conclusion as every other moorland-owning local authority: grouse shooting is incompatible with conservation and public interest, so has to go.”