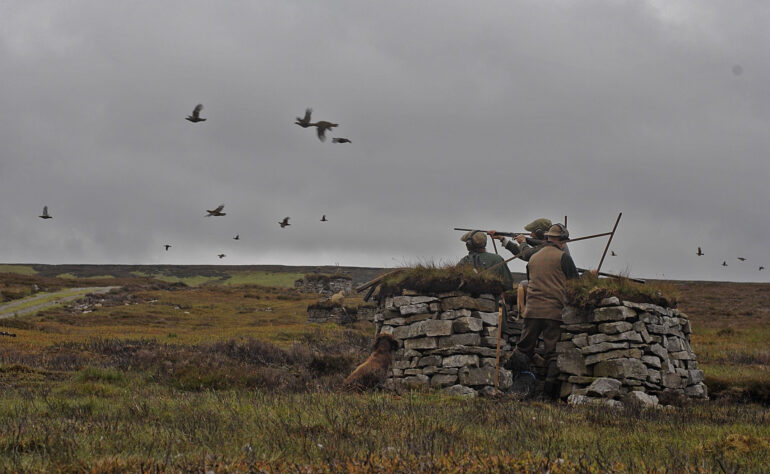 A leading moorland conservation organisation is urging the Welsh Government to end grouse shooting in the nation for good following the controversial shooting season closing this Friday.

In a letter sent to First Minister Mark Drakeford Wild Moors has sought a commitment from the government to outlaw the practice, which is damaging wildlife and carbon-rich peatlands in the iconic Ruabon Mountains, an area known as the ‘grouse capital of Wales’.

Its plea follows Climate Change Minister Julie James declaring that “the Welsh Government do not support the shooting of live quarry [grouse, pheasants and partridges] as a leisure activity.”

“There is only one way to manage moorland for grouse shooting and that involves killing off natural predators and burning away precious peatland habitat, at the expense of the nation’s iconic wildlife and environment. It is clear that a practice which destroys wildlife and drives climate change in the name of shooting birds for entertainment has no place in a modern nation like Wales.

“With the grouse shooting season ending on Friday we urge you to take the opportunity to turn the government’s words into action by ensuring this is the last ever to take place in Wales. By introducing a ban you will set a strong example across the UK by ensuring the Ruabon Mountains are protected and restored for nature, climate and people.”

Each year an estimated 700,000 red grouse are shot for entertainment in the uplands of the UK, with intensive management of grouse moors wreaking havoc on the natural ecosystem and causing major environmental damage.

Heather burning is performed on the fragile peat moors to cultivate younger, more nutritious vegetation for game birds to eat. This is despite the practice contributing to climate change by degrading the carbon-rich habitats and is driving out threatened breeding birds like dunlin and twite.

Birds of prey are often illegally targeted and killed to ensure large numbers of grouse are available to be shot by paying clients, leading to the National Wildlife Crime Unit recognising that “intelligence continues to indicate a strong association between raptor persecution and grouse moor management.”

Three satellite-tagged hen harriers, being studied as part of an important conservation programme, have vanished under suspicious circumstances and a raven has been found dead having eaten a poisoned bait in the Ruabon Mountains.

Wild Moors is also concerned about the use of traps and snares to target wildlife and the non-therapeutic use of medicated grit to drive up grouse numbers.