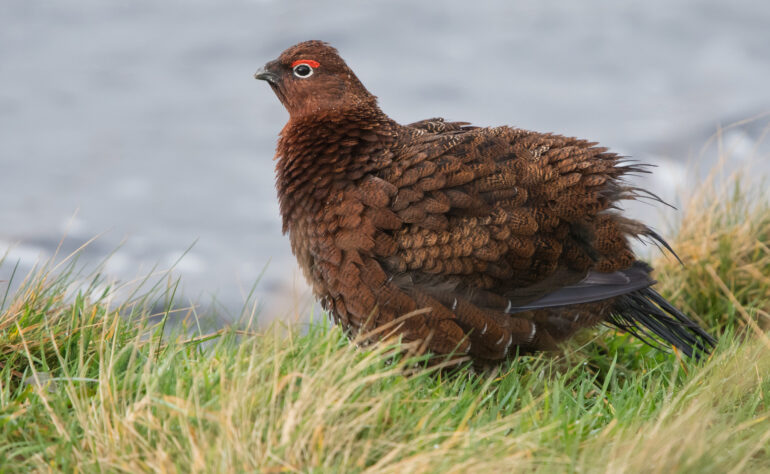 Wild Moors has welcomed an announcement by the Welsh Government that the shooting of grouse and other game birds for ‘sport’ in the nation’s iconic countryside does not have its support.

The Welsh Climate Change Minister Julie James confirmed the Government’s position following being lobbied by organisations opposed to and in favour of the practice.

Wild Moors has been corresponding with the Government since August to encourage it to take a stance against the small yet significant grouse shooting industry which operates in the Ruabon Mountains near Wrexham.

In a statement on its position on game bird shooting Welsh Minister for Climate Change Julie James AS/MS said that “the Welsh Government do not support the shooting of live quarry [grouse, pheasants and partridges] as a leisure activity.”

Each year an estimated 700,000 red grouse are shot for entertainment in the uplands of the UK, with intensive management of grouse moors wreaking havoc on the natural ecosystem and causing major environmental damage.

Heather burning is performed on the fragile peat moors to cultivate younger, more nutritious vegetation for game birds to eat. This is despite the practice contributing to climate change by degrading the carbon-rich habitats and is driving out threatened breeding birds like dunlin and twite.

Birds of prey are often illegally targeted and killed to ensure large numbers of grouse are available to be shot by paying clients, leading to the National Wildlife Crime Unit recognising that “intelligence continues to indicate a strong association between raptor persecution and grouse moor management.”

Three satellite-tagged hen harriers, being studied as part of an important conservation programme, have vanished under suspicious circumstances and a raven has been found dead having eaten a poisoned bait in the Ruabon Mountains.

Wild Moors is also concerned about the use of traps and snares to target wildlife and the non-therapeutic use of medicated grit to drive up grouse numbers.

Luke Steele, Executive Director of Wild Moors, said: “Today’s socially-conscious policy makers want nothing to do with an industry that destroys wildlife and drives climate change in the name of shooting birds for so-called ‘sport’.

“Wild Moors is celebrating this progressive stance by the Welsh Government and we look forward to working with Ministers to put it into action.”