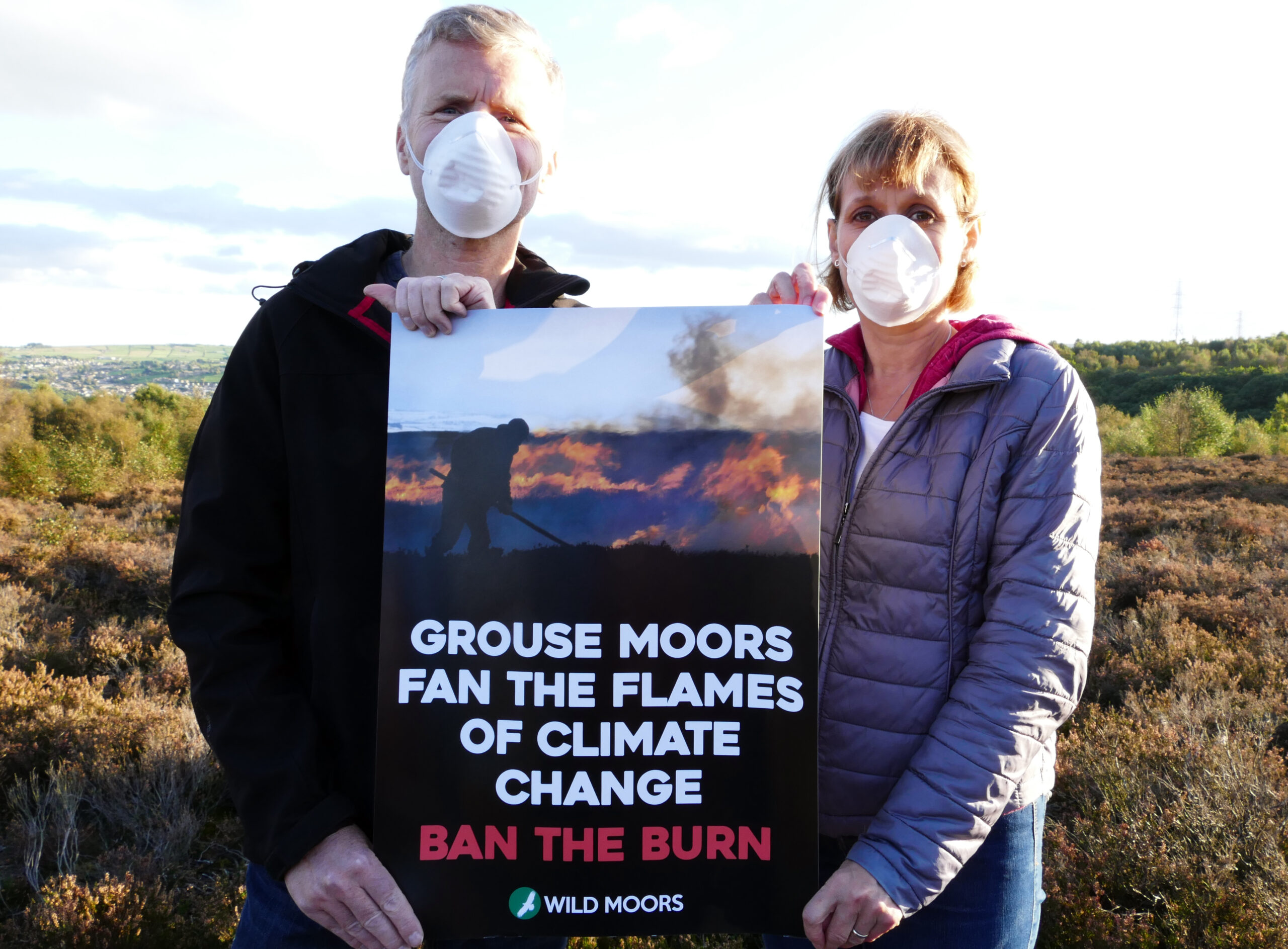 Councils are being urged to join the battle to save northern England’s peat moors from being damaged for grouse shooting.

Coinciding with the controversial grouse moor burning season opening on Friday, 1 October, Wild Moors has written to Council Leaders seeking support for a complete ban on the environmentally-damaging practice.

Grouse shoot operators set fire to heather to cultivate younger, more nutritious shoots for game birds to eat, but the intensive practice contributes to climate change by damaging the carbon-rich peatlands which make up the moors.

“It’s past time to put an end to the burning of peatlands for grouse shooting — a practice which degrades fragile ecosystems, releases climate-altering gasses into the atmosphere and worsens flooding in communities downstream from grouse moors.

“With burning continuing on grouse moors in the region, we are calling for Council Leaders to take a stand in favour of a burning ban to help save the northern England’s peatlands from further damage.”

In recognition of the environmental damage caused by grouse moor burning the government introduced a partial ban on the practice in May. However, Wild Moors is warning that a considerable number of grouse moors are exempt from the new rules because they are located on degraded shallow peat, not blanket bog, despite urgently needing to be restored to a healthier, deeper state.

The Committee on Climate Change, which advises the government on environmental action, has recommended that grouse moor burning is completely banned to protect peatlands from further damage.

“Given the world is fast moving in a direction where restoring land for nature, carbon capture and people is at the forefront of solving climate change and biodiversity loss, a considerable number of northern England’s moors are at risk of being left behind if burning is allowed to continue on them.

“With grouse moor burning damaging some of the region’s biggest natural carbon stores, it’s never been so important for Council Leaders to back an outright ban on this outdated and environmentally-destructive practice.”