Skip to content
Big news! Aviva will restore grouse moor back to nature 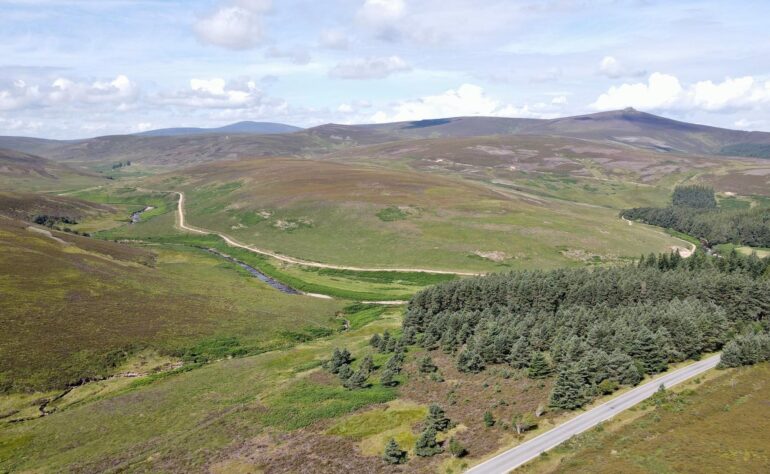 Aviva has unveiled that it has landed the purchase of a large grouse moor to restore it for nature, climate and people.

The insurance powerhouse teamed up with Par Equity to acquire 6,300 hectares of heavily-degraded moorland in the Glen Dye area of Aberdeenshire, for restoration, as part of its commitment to achieving carbon net-zero by 2040.

In a move welcomed by Wild Moors, the climate-conscious company will restore peatlands and plant native woodlands to harness the power of nature to store large amounts of carbon. Aviva has also hinted that further land buyouts may be on the cards.

“One of the most critical aspects of the Climate Transition Fund we launched this year is that it materially reduces carbon impact primarily through the decarbonisation of the built environment, but also via nature-based solutions, including afforestation.

“This is the first of many investments we expect to make in this space, and the intention is for our carbon removal programme to be considered a best-in-class initiative which not only sequesters a vast amount of carbon over its lifetime, but does so in a way that takes into account the surrounding habitats and community.

“In the case of Glen Dye Moor, we will do this while maintaining and improving the network of access trails, enhancing biodiversity and restoring the degraded peatland across the land.”

Evidence suggests nature-based solutions could provide a third of greenhouse gas mitigation globally between now and 2030. This resulted in consensus being reached at the UN Climate Conference (COP26) that there is no pathway to keep global temperatures below 1.5°C without changing how land is managed.

Aviva’s pledge to restore the Glen Dye Estate for nature, carbon and people positions it as a leader for climate-conscious business in the financial industry. Other companies which have made similar moves include the craft beer and pub chain BrewDog and pensions giant Standard Life.

Luke Steele, Executive Director of Wild Moors, which works with companies to restore nature in the uplands, welcomed the progress:

“From financial powerhouses such as Aviva and Standard Life to brewery brands like BrewDog, everybody in business wants to join the climate revolution. With halting climate change being one of the greatest moral challenges of our time, Wild Moors is celebrating the companies helping to put nature back in Britain’s uplands through land restoration initiatives.”