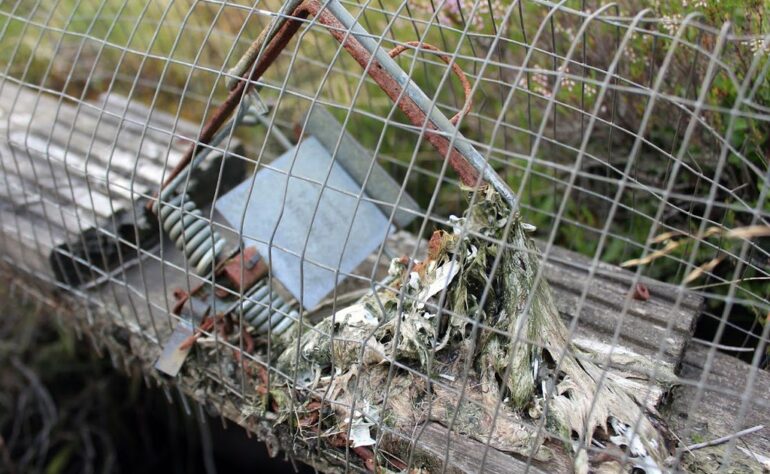 Yorkshire Water is facing growing calls to stop leasing moorland for grouse shooting because of considerable damage to wildlife and the environment, including decomposing animals being left to rot in jaw-like traps on Stanbury Moor, West Yorkshire – one of thirteen owned by the company on which grouse shooting is permitted (photos available here, here, here and here).

The contraptions, which were non-compliant with official rules which mandates they are checked every 24 hours, are used to kill stoats and weasels in a bid to maximise the number of ‘game’ birds for shooting parties. According to Defra research, as part of its Agreement on International Humane Trapping Standards consultation, animals caught in these traps can take up to two minutes to die – concluding they are inhumane. The discovery comes less than a month after Yorkshire Water’s CEO, Richard Flint, provided written assurance Wild Moors that the company would be reviewing practices to ensure they adhere to expected standards.

“Yorkshire Water is allowing moorland across the region to be purged of native wildlife, including stoats, weasels and corvids, to preserve unhealthily-high numbers of red grouse for shooting parties. The contraptions in which decomposing wild-animals were found on Stanbury Moor were not only used in non-compliance with the rules, but are also officially recognised by the government as being inhumane.

Wild Moors and the League Against Cruel Sports will gather for a protest in Hebden Bridge’s St George’s Square from 11,30am on Saturday 11th August – only days before the start of the grouse shooting season opens – to demand the utility company stops leasing land for the practice, including several moors around the town. Hebden Bridge has been heavily hit by flooding, which is attributed to the damaged peatland on grouse shooting moors in the Calder Valley.